Over 390,000 Photos and Illustrations

Summary: Free Images (formely stock.xchng) is a long time provider of free Stock Images. One of the oldest providers in stock image market (they launched in 2001), In 2009 they were acquired by premium image provider Getty images. It appears that Getty recently invested in upgrading the look and feel of the site, and it’s much faster and easier to search and navigate for any images that you may need.

You can use their images for free on your website, blog, social media, advertisements, film and television productions, and even on web and mobile applications! You can also use them on printed materials such as magazines, newspapers, books, brochures, flyers, product packaging for decorative use in your home, office or any public place. That’s a pretty generous license if you ask me!

Summary: Flickr is the granddaddy of all Image Hosting Sites! Launched in 2004 and then acquired by Yahoo! in 2005, Flickr is arguably the most widely used Photo sharing site by bloggers.

Flickr allows it’s users to release their images under a wide selection of common usage rights, including Creative Commons Public Domain Mark and Creative Commons Zero (CC0). These licenses basically allow anyone to use photos released under them without restriction. Due to this, Flickr is the “go-to” source for most bloggers, designers and creatives looking for free Stock Photos. 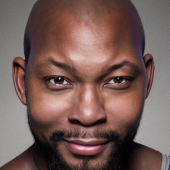 Learn How I Used Lead Magnets to Get 1,000 Email Subscribers in 4 Months!

This site uses Akismet to reduce spam. Learn how your comment data is processed.

Enter Your Name & Best Email to Discover Which 50 Amazing Free Tools Successful Entrepreneurs Use To Run Their Businesses!

You'll also receive my latest news and periodic updates from me, it's totally free!

You have Successfully Subscribed!